CBS Predictions: Zoo and Extant are on the cusp of cancellation 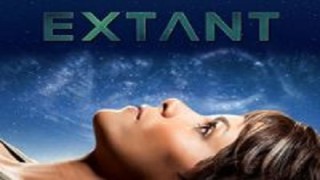 Extant - Behind the Scenes

Since it is the slow part of the broadcast season, we will also take it slow with our renewal and cancellation predictions. That means that until mid-September, our predictions will come every other week. So check back in two weeks for our latest predictions!

New drama series Zoo premiered on CBS two weeks ago. The drama, the name of which always makes me think about storylines way different and probably way more interesting, managed a 1.2 adults 18-49 rating for its premiere, and kept that rating for episode two. Although not a great rating, the series far outshines the returned Extant. The latter managed only a 0.7 for its season premiere, and although it went up to a 0.8 the week after, things don’t look good.

Under The Dome has been scoring between a 1.0 and 1.3 this season, but it is believed to still be profitable for CBS. Zoo is likely profitable as well, but Extant is a whole different story. Undoubtedly, Extant’s cast is very expensive. A deal with Amazon helped it in being renewed last year, but it seems the changes that have been made behind and in front of the camera aren’t paying off. For now, we will give both Zoo and Extant a few more weeks. Their ratings seem to be good news for Under The Dome, though, which is coming off quite well in the comparison between the three.