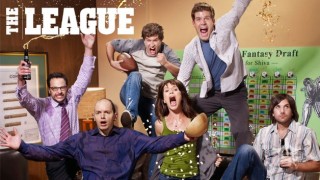 The League has concluded its run after 7 seasons.

Synopsis:
Set against the backdrop of a Fantasy Football league The League, created by the husband-and-wife team of Jeff Schaffer (Curb Your Enthusiasm, Seinfeld) and Jackie Marcus Schaffer (Disturbia), is a comedy about marriage, male friendship, parenting, suburbia, and growing up... or refusing to grow up.

All posts about The League