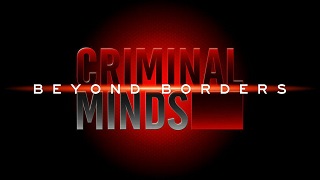 CSI: New York’s Gary Sinise is back, this time as Special Agent Jack Garrett at the FBI in the Criminal Minds spin-off Criminal Minds: Beyond Borders. The show revolves around an elite team of the FBI, lead by Garrett, that solves crimes related to American citizens on international soil.

The lead characters of Criminal Minds: Beyond Borders were first introduced in a season 10 episode of the mothership series. In this backdoor pilot, the Behavioral Analysis Unit (BAU) of Criminal Minds and the Beyond Borders team had to work together to solve the kidnapping of an American family in Barbados. They had to cooperate on the case because both teams had been working on similar cases, one domestically in Florida and one overseas in Aruba, and they needed to prevent the kidnapped family in Barbados from getting killed.

Backdoor pilots are always a nice way to introduce a new series, because it makes for an easy transition when you first get to know these characters walking around in your favorite series. In a slightly unusual twist, the two teams turned out to know each other quite well, to the extent that they inquired about each other’s personal lives. As a result, the melting pot between the two elite teams that was this backdoor pilot felt very natural and not forced in any way.

The International Unit that will form the core of Criminal Minds: Beyond Borders was very good in combination with the BAU, but seemed a little thin to stand on its own with only two Special Agents, one technical analyst and a law expert. Of course, in the spin-off series, there will be more support for the team. The case that the two teams were solving together was a nice one, although nothing we haven’t seen before. But let’s be honest, we’re not watching Criminal Minds to see stuff we haven’t seen before.

Maybe the thing that bothers me the most about Criminal Minds: Beyond Borders is the very core of its premise. The show is built around international cases and the team’s agents are always “at least one ocean away”. For the production of the show, though, it is budget-wise impossible to have location shoots at exotic locations for every single episode. That can mean one of a few things: The team will not travel that much after all, there will be a lot of indoor scenes, or there are many green screens involved. None of this should be a problem, but it needs to be handled well in order not to stand out.

Criminal Minds: Beyond Borders airs on Wednesdays at 10/9c on CBS.